To: Theresa May, Prime Minister of the United Kingdom

70% of people in Northern Ireland and the majority of Assembly Members are for marriage equality. But politicians failed to form a government which can enact it.

Theresa May, we are calling on you NOW to implement the will of the people and their elected representatives and to extend Equal Marriage rights to people living in Northern Ireland.

UPDATE – 9 July 2019: Today, UK MPs voted for equal marriage in Northern Ireland. If power-sharing talks have still not resolved by October 21, the vote will be enacted into law. Finally, a huge step towards making marriage equality a reality all across the UK. Congratulations to our partners at Love Equality who have long campaigned for this achievement.

UPDATE – 28 March 2018: Today, a bill on marriage equality in Northern Ireland was introduced. All Out, Love Equality, and Amnesty International UK delivered over 46,000 combined signatures directly to 10 Downing Street, the headquarters of the UK Government. 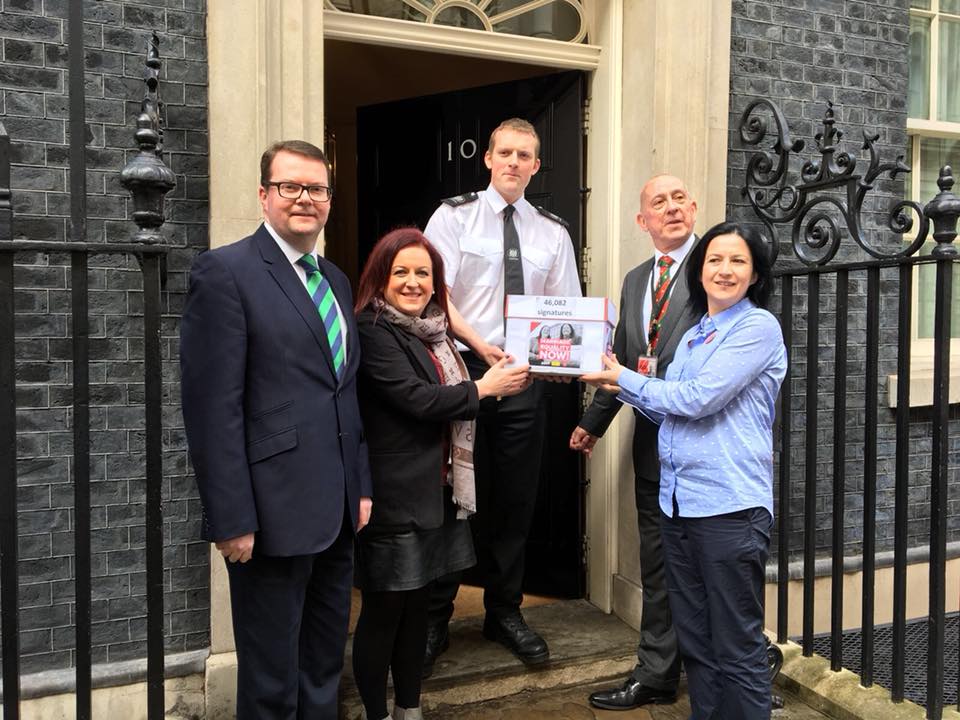 UPDATE – 13 March 2018: Northern Ireland's Secretary of State Karen Bradley has said that the Government will allow a free vote on marriage equality. Conor McGinn MP has also announced he will introduce a bill on the issue on March 28. Let's keep up the pressure!


Laura and Jayne love each other. They started dating 6 years ago and now live together with their daughter, Abbie. Just like many other couples in a long-term, committed relationship, they want to get married.

Despite the fact that the rest of the UK has marriage equality, politicians in Northern Ireland won’t let them marry. After months of using same-sex couples as pawns in their negotiations, they failed to form a government which can enact Equal Marriage.

The Westminster Government has passed a budget for the Northern Ireland Assembly in November – this is likely the first step on the road to direct rule from the UK Government in London, where there is a strong consensus that ALL citizens of the UK should have the right to marry.

We therefore have a unique opportunity NOW to finally get marriage equality, but we need your help.

Will you sign our petition and urge Theresa May to give same-sex couples in Northern Ireland the same rights as in the rest of the UK and Ireland?

This campaign is being run in conjunction with Love Equality.