A Thalys official stopped All Out member Mirjam from kissing her girlfriend on a train platform just because they were two women. He said it would be fine if they were straight.

Please denounce this anti-gay customer service. And train all Thalys staff to treat everyone the same, whether lesbian, gay, bi or straight. You’ve featured gay couples in your adverts and taken part in Pride marches. Now we’re looking to you to deliver on equality in practice. 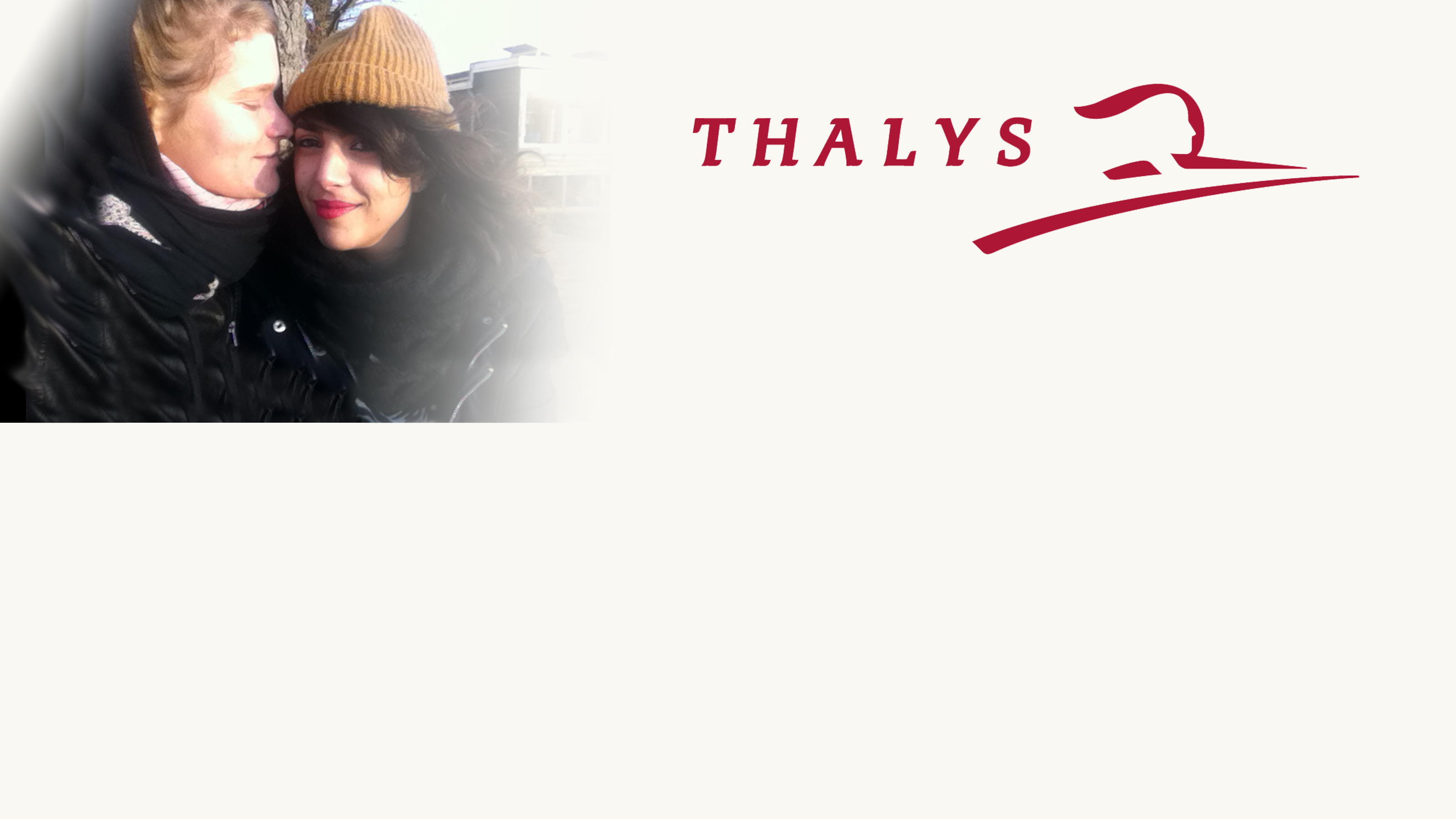 UPDATE, 13 March 2015 : We won! Thalys’ CEO has responded. Thalys has committed to improve how it trains its staff. They will even use Mirjam’s unfortunate experience of homophobia in future equality trainings, to make sure that no customer is ever treated so shamefully again. Thank you Thalys!

Today we see people power in action: Mirjam complained several weeks ago and Thalys didn’t seem to take it seriously. In just 24 hours, 60,000 of her fellow All Out members got behind her and pushed this big-brand train company to give a positive and respectful response.

Imagine it. You spent the weekend with your partner in Paris. You say goodbye on the train platform with a hug and a kiss: you're not going to see them for a while. Then an angry train official strides over to stop you kissing - he says it “can’t be tolerated”. Humiliating.

That's what happened to Mirjam, an All Out member from Amsterdam.  She was about to board a train from Paris and an official from train company Thalys told her that it’s OK for straight couples to kiss on the platform, but not two women.

When she complained to Thalys, she expected a strong and quick response from them. She saw them as pro-equality: they've featured gay couples in adverts and even took part in Amsterdam’s Pride march. Thalys told her they’re looking into it, but that was weeks ago. Only a big outcry will show them that their reputation is at risk - and push them to take action.

Will you ask Thalys to denounce this anti-gay customer service - and train staff to treat everyone the same, whether lesbian, gay, bi or straight?

In 2013, Thalys ads featuring a gay couple were plastered all over the Paris metro.