U.S. pastor Steven Anderson is known for promoting anti-gay hate and violence. He celebrated the Orlando massacre saying that there were now "50 less pedophiles in this world".

Now he plans to come to South Africa to "collect souls", in his own words.

Stop Steven Anderson from promoting his hate-mongering in South Africa by denying him entry to the country.

Update: 13 September 2016: Victory! Anti-gay U.S. pastor Steven Anderson was banned from entering South African. “We have a duty to prevent harm and hatred in all forms against LGBTI, as any other person in a democratic state,” said Minister Malusi Gigaba. Love always wins when people get together to fight hate. Thanks for going All Out!

Update: 6 September 2016: All Out delivered the petition to the South African Minister of Home Affairs, Mr. Malusi Gigaba, on 5 September, 2016. The Minister, however, has not yet made a final decision on this matter. We’ll keep monitoring the situation so we're ready to take action when the time comes. 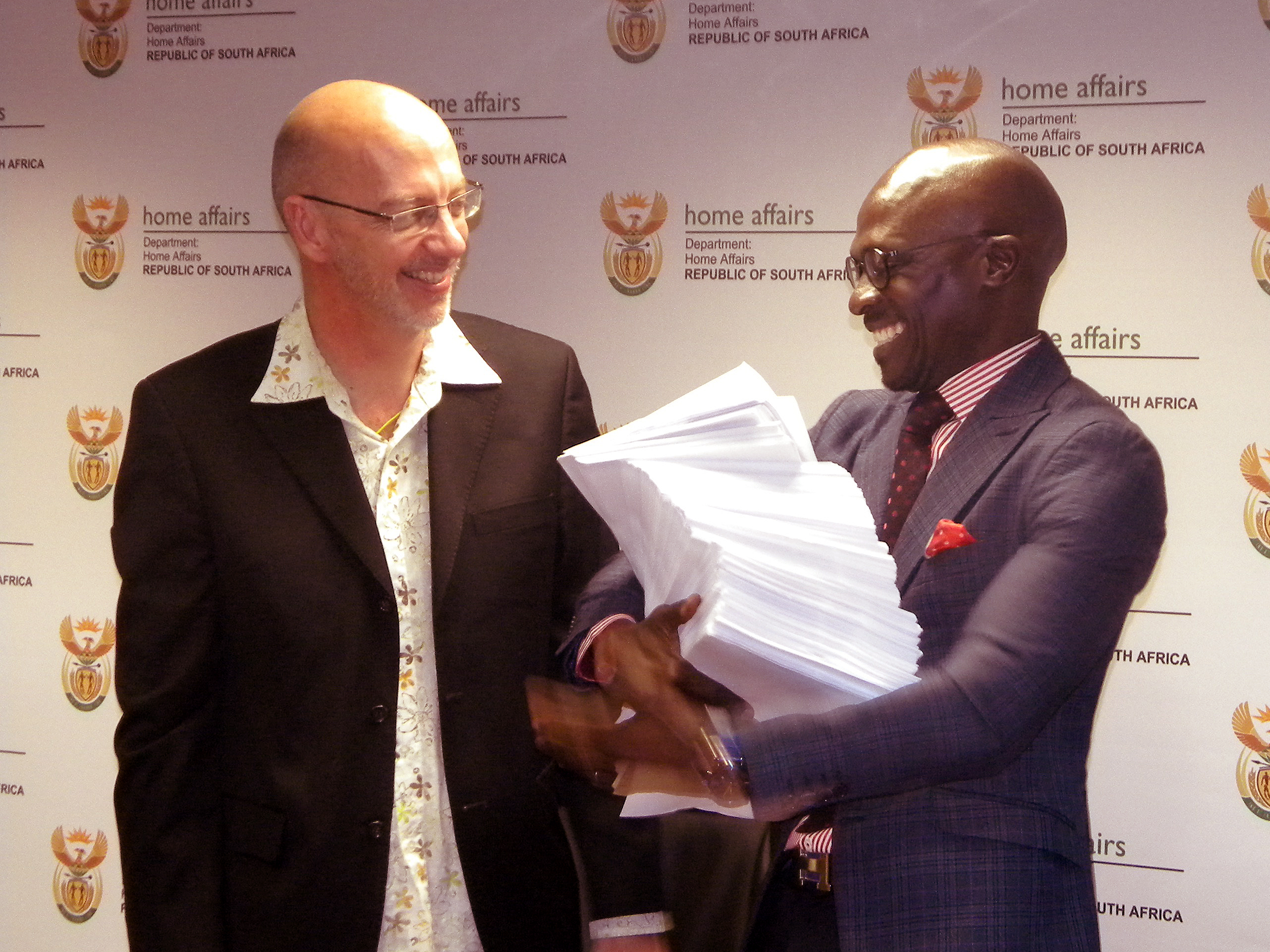 "50 pedophiles in this world." Those were the disgusting words U.S. Pastor Steven Anderson used - in his church - to "celebrate" the massacre in Orlando last month.

If that wasn’t outrageous enough, Anderson is now planning to go to South Africa to spread his hate. But we can stop him in his tracks.

Thousands of South Africans are asking the Minister of Home Affairs, Mr. Malusi Gigaba, to block Steven Anderson from entering the country. If thousands around the world join in solidarity with our call, authorities won’t be able to ignore us.

Sign now and help us keep Pastor Steven Anderson out of South Africa.